What I’ve Been Reading This Week – Divergent and The Stand

Posted on February 21, 2018 by ashleymanningwriter 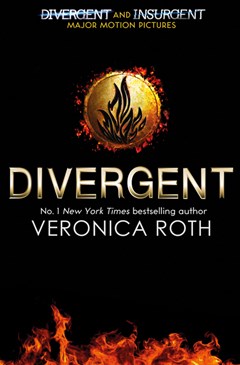 In the last week I’ve finished two books. Both being something I’ve wanted to read for a long time. I was recommended Divergent way back in University, which feels longer than four years ago. I also started reading The Stand over ten years ago back in secondary school. I’ve finally finished them both.

I’ll start with Divergent, which I think is a damn good book. I’ve never seen the films, so I knew nothing about the story before reading. I really enjoyed it. The characters are well written, and are fully developed people. The plot moves along at a good pace, with good twists and turns coming throughout. I didn’t see the final act coming at all, not untill it was already happening.

The book presents a very possible and a little frightening dystopian vision of our society. There is a hint of the past, but there’s no dwelling on what came before, just future bleakness. With strong political undertones, Divergent is a pretty standard book about growing up and moving away from parents to find yourself in the world. It’s just presented in a very unique and engaging way.

I couldn’t put the book down, even staying up late to carry on reading. The ending was satisfying and set up the sequel perfectly. I can’t wait to read the second book. I know I’m a bit late to the party but this is a really good book and I highly recommend it.

This is without a doubt the longest book I’ve ever gotten through. I did listen to it as an audio book, so I technically didn’t read it, but in my mind it still counts. I’m not sure where to start with this one. It’s humongous, over 1100 pages, or 48 hours of audio book.

I’m already a fan of Stephen King. I’m going to get round to reading everything he’s written eventually, so I already knew I was going to enjoy this. I’ve heard nothing but good things. The epic story deals with a post apocalyptic world and the raging battle between good and evil.

While there is a grand scale battle propelling the plot forward, most of the book focuses on a handful of characters on either side. While there are thousands of people living in both Boulder and Las Vegas we only really find out about a select few. Throughout the novel each of these characters is developed completely. I don’t think I’ve ever felt like I’ve known characters as fully developed as these. I found myself caring about each of these characters and feeling their struggle. The villains feel like real people as well, especially Harold Lauder whose story is simply tragic.

The book is very well written, and I loved the details that goes not only into the main characters but also random characters who die during the outbreak of the virus or just after. There are a couple of chapters that just deals with little characters who serve no purpose to the plot, but it all builds the world.

Overall I’ve finished two very good books in the last week. This week I’m going to be finishing Bonfire by Krysten Ritter and a short story collection, Dracula’s Guest and Other Weird Stories by Bram Stoker.

Let me know if you have any recommendations?

Also check out my Facebook and Twitter pages and Patreon, where you can read chapters to my own book earlier than on here.